How to Get Rid of a Nagging Feeling of Worthlessness
Share:FacebookTwitter 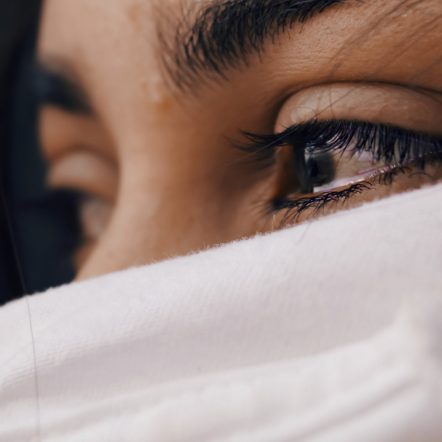 How to Get Rid of a Nagging Feeling of Worthlessness

Everybody feels worthless at times. There are many causes of feeling worthlessness, from life-long struggles to simple temporary obstacles that get in the way of where you want to be. In some cases, a person experiencing lack of self-esteem can go as far as developing clinical depression or other mental illness. If you feel this way every day and it’s going on for more than a week, please see your doctor because there could be a problem with how your brain is creating dopamine, serotonin and other chemicals associated with positive emotions. Below I will describe some techniques that may help you cope with a constant nagging sensation of being unworthy.

1) Make yourself feel better by being thankful

The feeling of worthlessness often comes from comparing yourself to another person, usually someone famous or rich. The worst feeling comes from believing that you could be just like them if only you had the same opportunities, but because things went differently for them than they did for you, they became successful and you are not. This is usually where the depression starts to take over.

2) Be grateful for what you have

One way of avoiding this trap is learning to take pleasure in all those small things every day that make your life better. For many people, these daily pleasures include a hot shower with your favorite soap, watching a good clip on YouTube before going to bed, or spending time with friends and family. You can take it as far as writing down 10 things per day that you happy – even if it’s only to take a 20 minute nap and feel refreshed, take 10 minutes and write it down. This exercise helps you take stock of the many little things that make your life easier and happier, which can bring your overall mood up quite a bit.

See also  How to Get Rid Of Headaches and Anxiety

3) Be part of something bigger than yourself

You don’t have to direct this “something.” It doesn’t even have to be something permanent – joining a local community center or participating in an online forum dedicated to a topic you enjoy is enough to get you back on track because what matters most is not so much how big the group is, but rather how much you care for its goal and ideals. Joining such a group will help you take your mind off whatever is making you feel unworthy, and you’ll have something to take pride in.

4) Start a project of your own

If the group from the previous point fails to take your mind off all those negative feelings, take matters into your own hands by starting a project of your own – it can be anything from building a website to organizing an event at school. The amount of effort that goes into any big project is enough to take you away from feeling unworthy for at least a few hours every day, while the satisfaction that comes with knowing you made some sort of positive impact on someone’s life cannot be measured.

5) Learn how to take care of yourself better

While self-care is typically associated with women taking more time for themselves before they burn out or get sick, taking care of one’s self is a very important part of retrieving your self-esteem. Many people take decent care of their appearance and physical health, but spend little time thinking about how they can take better care of their mental well-being – sleeping well, eating healthy and exercising are all simple things you can take steps to do everyday so that no matter how bad things get, you’ll have the foundation to keep going.

See also  How to Get Rid Of Dizziness After Drinking

6) Give yourself a break

From time to time we all mess up – it’s part of being human. Sometimes this results in negative consequences big enough for it to affect your overall mood, making you feel unworthy. In such cases, it’s okay take some time away from what you’re doing just for yourself. If you have a tough test coming up, take the night off – do whatever makes you feel good, but remember to take care of yourself first and foremost. Do this for at least one day every week so that when tough times hit, your mind is in its best possible state to take it on without too much negativity weighing you down.

7) Learn how to take criticism constructively

If someone close to you has ever criticized you when it wasn’t necessary, then chances are that when they need something from you their tone probably changed considerably – they’re usually very nice and understanding because they know all too well just how negative of an influence their words can be. Learning how take criticism constructively will help prevent such situations from spiraling out of control and take your overall mood up a notch or two.

8) Surround yourself with people you feel good around

The company we keep definitely affects our moods in at least one way or another – having close friends can take our mood up quite a bit, while keeping contact with the wrong kinds of people will bring it down even further. While some may take advantage of this fact by constantly surrounding themselves with “yes men” who approve everything they say no matter how ridiculous, others take it to the other extreme and shut everyone out from their lives for fear that someone might take them down a peg or two. Finding an appropriate middle ground is important here because taking time off to recharge is good for you, but too much alone time isn’t.

See also  How to Get Rid Of Anxiety

9) Stop comparing yourself to others

Comparing yourself to other people is a surefire way of making yourself feel unworthy because it puts you in the ballpark of thinking that if they can do it, you should be able to as well. In reality, there’s almost always someone better than you at something, and while everyone would love to have a talent or ability that no one else has, being different isn’t necessarily a good thing – take pride in who you are, not just what you can do.

10) Cut out toxic people from your life

This step is especially important if the person in question seems to be dragging you down with them no matter what you do – whether they’re family members or friends, these kinds of people take a lot of effort to deal with, which drains your energy even further. Don’t take it personally when someone decides to cut them out from their life because sometimes staying close to such people only brings about unnecessary drama that can get pretty heavy, but take note that there’s nothing wrong with wanting them in your life as long as they bring only positivity into.

Photo by Luis Galvez on Unsplash