How to get rid of intrusive thoughts about your ex
Share:FacebookTwitter 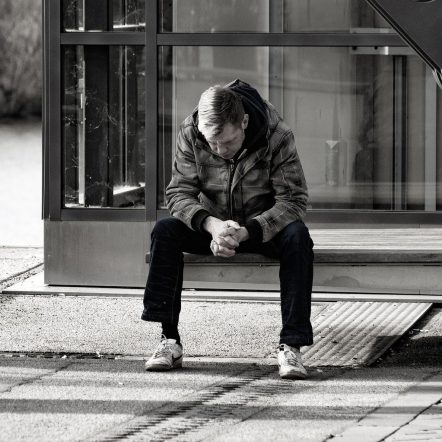 How to get rid of intrusive thoughts about your ex

This is one of the most common mental dilemmas people face when they go through a breakup. No matter how much you may want to think about anything but your ex, intrusive thoughts keep popping up in your head anyway. You know that thinking about your ex isn’t healthy for you, but no matter what you do, you can’t seem to escape him or her. It’s like trying to stop water from running downhill; there’s nothing you can do to block the memories out completely  — not without taking serious steps in addition to the standard advice (“move on,” “get busy,” “refocus your energies”).

Ask yourself: is it over for good?

Before you can learn how to get rid of intrusive thoughts about your ex, you need to know whether or not the relationship is over. Sometimes, people who think they’re ready to move on find out that their ex wants them back . If this happens, don’t freak out and run back to him or her immediately. Take a step back and consider what’s really going on before making any decisions. On the other hand, if you feel certain the breakup is final, then these tips will be extremely helpful in getting you through the tough times without constantly thinking about your former significant other.

See also  How to Get Rid Of Social Anxiety

In order to get rid of intrusive thoughts about your ex, you need to stop thinking about him or her. If the breakup is final and you’re still stuck on your ex, then it’s time to cut all ties. If he or she was a Facebook friend, remove them. If you have an email address that’s connected to his or her personal information, erase it from your contact list. There really is no other option here; if you don’t do this, there will always be a chance for your ex to pop back up in your life again later down the line. So even though erasing any trace of him or her from social media sites might seem mean at the time, it’s ultimately necessary in order to get over him or her once and for all.

No more texts, chats, or emails

Next, it’s time to stop talking with your ex for good. Delete his or her number from your phone . Stop responding to any text messages that come in. Be strong and put up a front that you’re totally okay without him or her in your life anymore; if this is the truth — not just an act — then it will be much easier to commit yourself to these changes. And if he or she tries contacting you one last time after everything has been erased, ignore him or her completely until they get the picture once and for all.

Don’t stalk! Do something productive instead…

Don’t your days scrolling through photos of your ex on Facebook for hours at a time? If so, stop ! The best way to get rid of those intrusive thoughts about your ex is by doing something productive instead–whether it’s going back to school so you can get your degree , working more shifts at your job, or exercising . You’ll find that focusing on other aspects of your life will keep the memories from popping into your head as often. After all, if you’re too busy to think about him or her, then there’s really no room for “unwanted visitors” in your mind anymore.

See also  How to Get Rid Of Anxiety

Make an active decision to move on

The final step in getting rid of those pesky intrusive thoughts about your ex is deciding to not think about them any longer. That means that you must actively choose to move on with your life. So start by getting rid of anything that reminds you of him or her, even if it’s just a song you know he or she liked. Don’t let yourself become sad once the breakup is final — instead, make an effort to be happy . And if it takes months or even years for you to feel free from those thoughts , so be it . It’s not healthy to hold onto something that ended long ago; focus on the present and future instead, because they’re what truly matter most in life.

When will I get over him? When am I ready to date again?

Moving on isn’t always easy; sometimes, intrusive thoughts about your ex will pop into your head and you’ll feel as though you’re back at square one . But if this is happening, try not to worry about it. Just because these thoughts are appearing in your mind doesn’t mean that you still love him or her once and for all. Instead, it’s simply a sign that the relationship was important to you and holds some significance; without those memories, there really would be nothing to think about anymore. And eventually, if you make an effort to go out more often and do other things besides sit home alone, then those “intrusions” will end up becoming fewer and fewer until they no longer bother you at all .

See also  How to Get Rid Of Nightmares

If you were hoping that this would be an easy process, we’re sorry to say that it isn’t. When it comes to getting rid of those intrusive thoughts about your ex – you have a long journey ahead of you. But the wait is worth it in the end. After all, if you can learn to live without him or her, then there will be no one else who ever has the power to break your heart again.